Meet the Our Identities ERG

Just two months ago, the Our Identities Employee Resource Group (ERG) was founded with the aim of creating a sense of LGBT2SQ+ community within the studio, and promoting diversity through education and awareness. To kick off Pride month, we asked ERG leads Charlie Frost (they/them) and Julie Tetreault (she/her) to introduce Our Identities and talk about the role of ERGs in creating community. 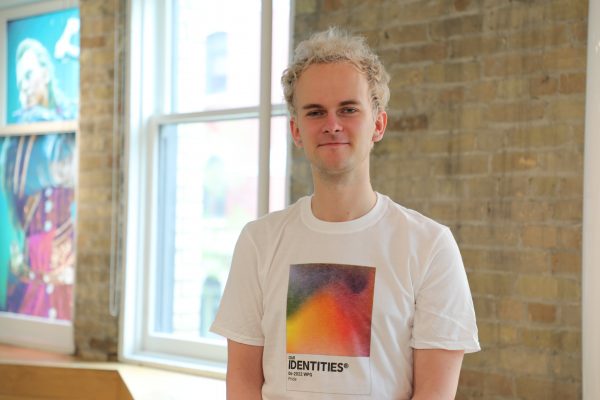 Congrats on the founding of Our Identities! Can you tell us a little bit about what someone gets from being part of an ERG?

Julie: ERGs are important for multiple reasons, but the biggest one is to create a sense of community within the studio for that group that you’re representing. For the LGBT2SQ+ community it’s very easy to feel isolated because there’s no visual cues about whether you’re in this community. Now, whether you’ve been part of it your whole life, or if you find yourself just questioning and are looking for support, having that ERG there means seeing a group of people come together that are available to support you, or just to assure you that you’re not alone. That is the most important thing – even if we just get together after work once in a while, creating that sense of community is important.

Charlie: Whether you are a member or an ally, it will give you a sense of community. If you’re an ally, you’ll show support. If you’re a member, you get your own space to discuss problems that are specific to your ERG. It can be a parent having a queer child and needing some answers. Maybe you have a partner and you want them to come to Canada but the immigration process is scary – we can give pointers for queer-specific stuff like trans rights and getting your gender recognized. But on top of that, members of an ERG and allies tend to feel much more engaged in a company. It signals there’s a space, we care about who you are, you have space and time to contribute and that makes you feel more of a sense of belonging.

What role do you see ERGs like Our Identities playing in the gaming industry?

Julie: You know, it’s no secret that the LGBT2SQ+ community is very underrepresented in most games. So it’s definitely a topic that needs to be addressed and improved. For example, efforts may be made to diversify a set of characters, but is that diversity coming through from the community itself? By hiring diverse writers, creators, et cetera?

There can be doubts people have going into the gaming industry. My message [for them] would be that we formed this ERG you to make sure that people who come to our studio feel welcomed and feel accepted. We are loud and proud here and we will only get louder and prouder.

Our Identities was just founded a couple of months ago – what’s the reception been like?

Charlie: It was very positive. I have not heard a single lukewarm response, everyone who reached out was very excited for us to start this, and had plenty of allies join as well. There’s a structure for creating new ERGs and I got all the support I needed from the Winnipeg studio and outside as well, from our nationwide D&I. We have a group for Canadian ERGs and we have meetings where we share plans for Pride and we can inspire each other. 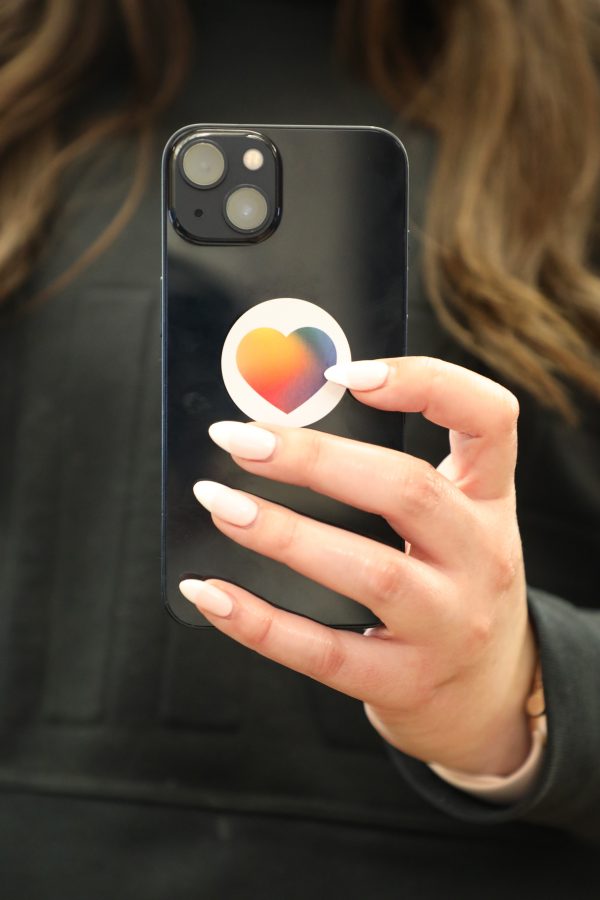 Pride month is this month! Does Our Identities have plans?

Charlie: We’re very busy with Pride since we were just founded two months before it. In that very brief time, we held an internal t-shirt sale for charity – more than a quarter of the studio bought one so that was a real success.

Julie: It will be going to a local community group that provides funds to folks in the LGBTQIA+ community in various ways such as food, rent, medical needs, clothing, basic needs, and overall financial support. We are so excited to be able to have that kind of impact on our community already having only been an ERG for 2-3 months.

Charlie: We’re also going to be at Pride! This is the first Pride for some people who are going, which is really exciting. In the future, we want to hold some talks with speakers from local queer community organizations.

Julie:  And we are working to set up a wonderful party at the end of June, celebrating our community with everyone within the studio invited to attend. We’re trying to make sure that this isn’t just a month of informing those who aren’t familiar with the community, but it’s a month of celebration for those who are within it.

What are some of the goals you have for the future?

Julie: So there are so many different things you want to accomplish! The biggest thing is creating that sense of community within our studio. We’re also hoping to continue supporting various charities and local queer-owned businesses, and overall just make people aware that we exist within Ubisoft, we exist within Ubisoft Winnipeg, and that if anybody has any doubts about joining our team here that rest assured, we are here and they’ll be welcome with open arms.

Charlie: We want to make sure that pride is something that lasts all year. I don’t mean hanging rainbows everywhere, but we exist all year and we want to make sure people are aware of that and it’s not just one month and the issues that we face are things that exist all the time.

It’s early days, but what has it meant to you to have the ERG at the studio?

Julie: It’s brought people together. We’re still in the early stages, but we have done a lot more than we expected, even just making ourselves visible to those in the studio, making sure that our voices are heard. It’s given me more visibility on the community that does exist within Ubisoft, and it suddenly opened a door to this whole new realm of possibilities for what we can do here and how we can bring more positivity to the studio and to ourselves.