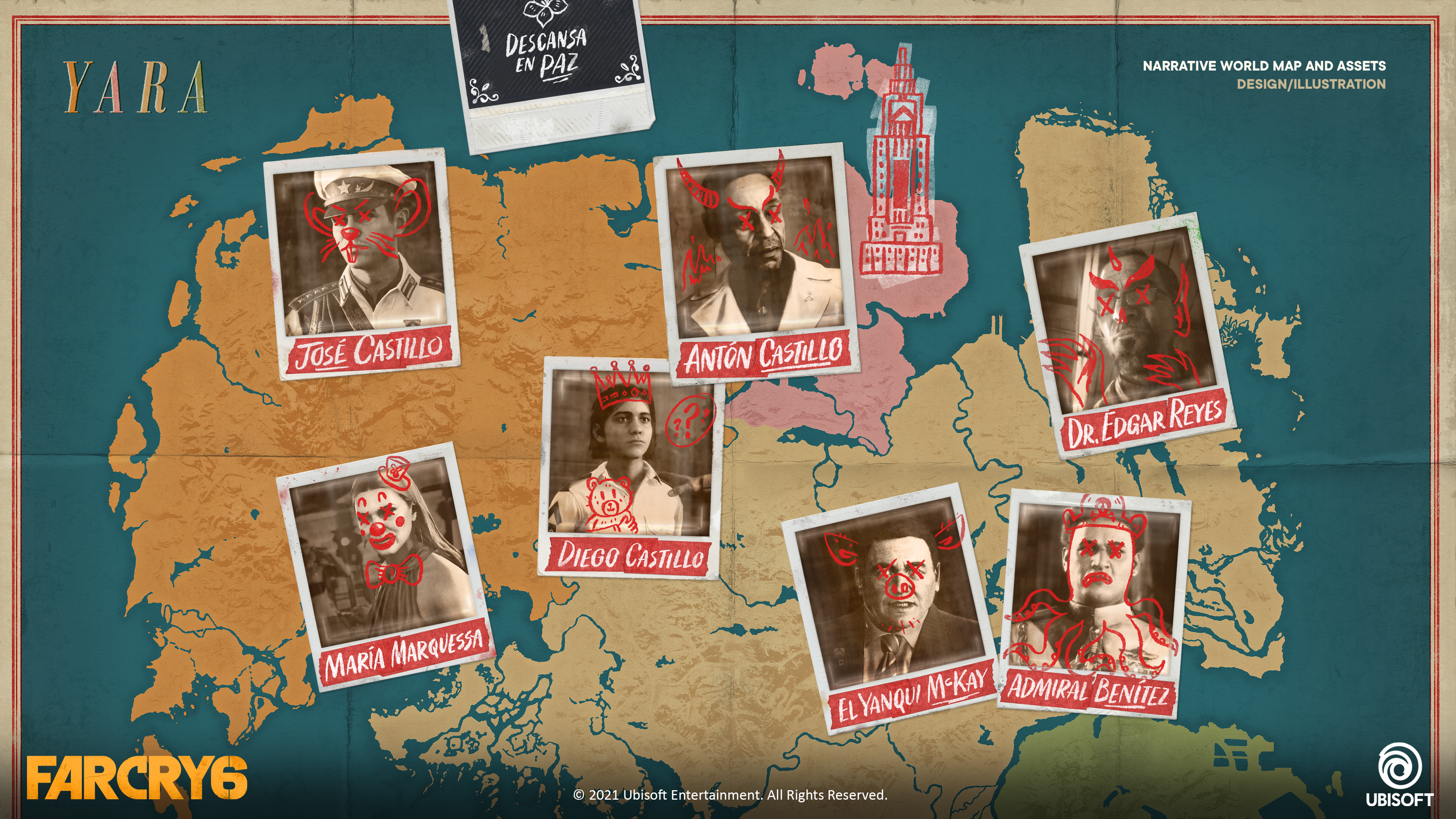 Mapping the world of Yara 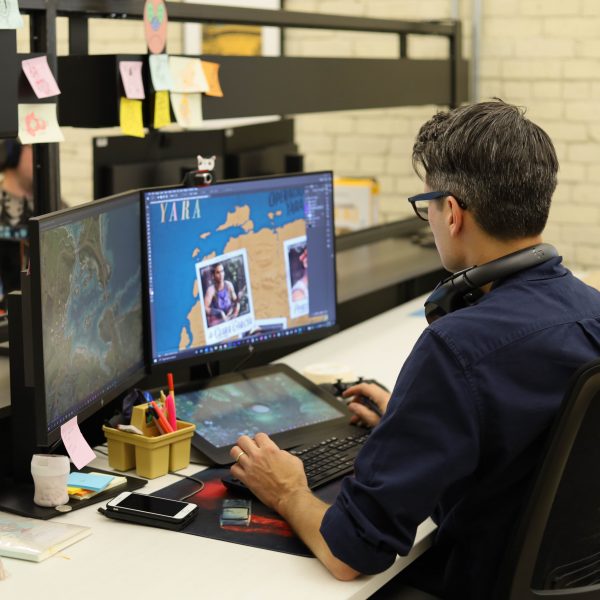 Over the last several months, team members from the Winnipeg studio have contributed to the world of Far Cry 6, the latest installment of the series. UI Designer Ray Fenwick worked on something players will be going back to again and again – the map that guides them on their journey around the island of Yara.  We sat down with him on launch day to talk about the experience!

For people who don’t know, what does a UI designer do on a video game?

Basically you create and integrate the visuals that help guide players while they’re playing. That means any interface that helps them interact with the game, like the heads-up display, inventory, health bars, etc.

What was your role on Far Cry 6?

I was part of the team that worked on the world map you pull up when you want to navigate through Yara. And in Far Cry 6, there are layers to that. One is a regular map you can zoom in on the way you would in any game to navigate, to make plans, or just to see where they’re sending you on a particular mission. But when you zoom out, on top of that is another layer we called the narrative layer that I focused on – things that track your character’s journey through the game. Like people you have met, people you should meet…maybe even people you kill. It’s something you can picture Dani Rojas, the main character, drawing and making notes on as you progress. 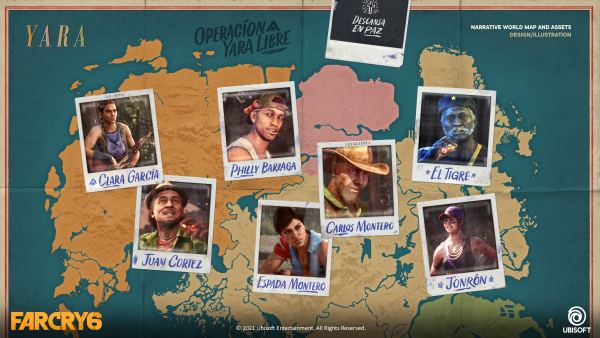 When you’re designing, what kind of things do you need to consider to create a great experience for the players?

Balancing style and function. We wanted to make something that felt like it was a physical thing, and slightly worn, but in the end it’s there to help the player so you don’t want to sacrifice clarity. So we could have made it rougher – they are living a guerilla life! – but then it’s harder to pick out things like the next spot you want to go to. A player’s going to feel best when it’s a useful thing that happens to look and feel cool too.

What was it like working on a production that has teams at studios all around the world?

The scale of it is really incredible. The people were great – hilarious and super positive. And you’re surrounded by so much talent at all the studios that you want to bring your A-game and push yourself to meet the challenge and the expectations of the players on this.

It’s launch day! What are you excited for?

I’m excited to play the game! Of course I want to share the things I did, but I also just want to play the game. Working on the narrative map I got to explore the characters, and I think the character roster is so interesting and diverse, and their personalities are engaging – it feels like a great world, and a complex one, and I hope everyone feels that and how much care has been put into it. But most of all I hope everyone has fun with it! 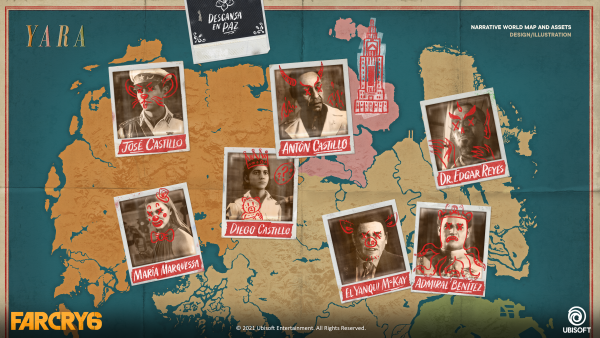